My latest attempt in my international breads comes from Eritrea. There appear to be both sweet and spicy versions of this bread, but I decided to try the sweet version. 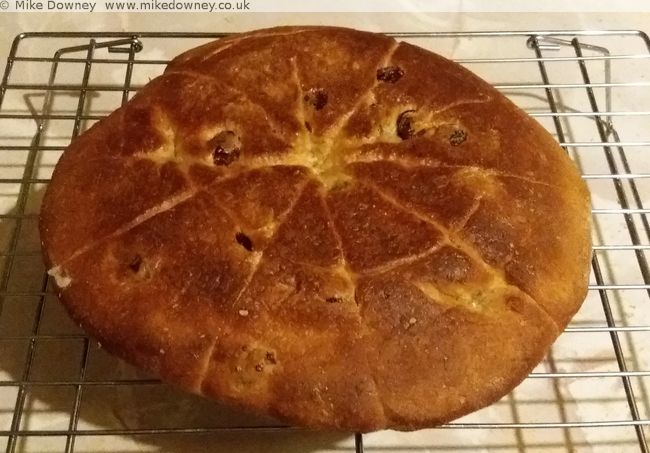 I simply put everything in the bowl and used our electric mixer. The mixture was a bit soft but I left it to rise for an hour or so before knocking it back and re-kneading it. After the second kneading, the mixture was a bit firmer and easier to handle.

I shaped the dough into a disk, cut some 'spokes' and left it to rise again. Instead of baking in an oven, this bread is cooked in a covered frying pan.

I don't recall having cumin in a sweet recipe before and it works well, probably because there isn't much and the flavour isn't too strong. The bread is a bit like a hot cross bun. If mixed spice mixed fruit/mixed peel was used, it would be difficult to tell the difference between them.